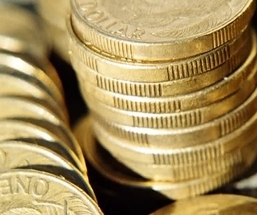 Anti-money laundering (AML) & countering financing of terrorism (CFT)
These global issues present serious economic and reputational threats. In New Zealand, several billion dollars and Australia as much as $10 billion is believed laundered every year through legitimate businesses. Both Prime Ministers have also publicly acknowledged the existence of locally based funding links to overseas terrorist groups.

At one level, New Zealand's Anti-Money Laundering and Countering Financing of Terrorism Act 2009 (AML/CFT Act) is a key component in global efforts to close some of the gaps identified in international evaluations of New Zealand's regulatory environment. But at a very practical level the law is really all about protecting New Zealanders.

What are the new laws really about?
The Criminal Proceeds (Recovery) Act 2009 allows police to seize criminal assets like never before. The AML/CFT Act delivers some of the best deterrence and intelligence sources for them to make the necessary connections to criminal networks that sell drugs and commit other serious crimes that affect and all too often destroy New Zealander's lives.

Criminals may not mind the occasional prison term; it can even be a badge of honour - and a taxpayer funded environment to build networks and hone skills. When released, many criminals would have been as fully cashed up from their previous offending as before their incarceration; and could simply step right back into the same activity, at the same scale.

Cut that link, however, and without the ability simply to reinvest in their 'business' it can take years for some of the country's most serious criminals to get back to the same scale again. Some may never do so. And during all of that time, that's another criminal business that's not selling vast quantities of drugs to your kids at the school gates.

Traditional policing was reactive. Drug dealers went to prison (or not) based mostly on the quantity of drugs found in their possession. Today, those drug dealers go to prison for terms based on the drugs found and the profits made from their sale. On release, with assets forfeited, many of these criminals no longer have the ability to immediately finance replicating their former business operations, or at least not at the same scale.

Reactive policing punished the criminal's latest offence for which they were caught. Proactive modern policing seeks to 'stop the money', punish all the offending that can be proved, and deter and curtail the capability of future offending of similar scale. The AML/CFT Act requires banks and other financial institutions to file suspicious transaction reports when potential money laundering activity is discovered, and gives police a new source of intelligence that makes this all possible.

These changes are part of co-ordinated global efforts to curb money laundering and the financing of terrorism, enhance public confidence in the financial system and advance New Zealand's international reputation. Regulations consistent with our trading partners and international obligations will start building New Zealand's capabilities towards global best practices.

The compliance and reporting requirements are extensive, prescriptive and mandatory. Customer due diligence cannot be carried out retrospectively and the legislation overrides contractual obligations. Penalties for non-compliance include imprisonment and fines up to $5 million.

The first tranche of regulations, from 30 June 2013, apply mostly to banks and other financial institutions; but many 'exempt' businesses are also affected.

Ask this: Do the funds for every transaction handled by your business came from legitimate sources? If you don't know (or if 'red flag' indicators exist but you don't ask obvious questions, perhaps in the hope that not 'knowing' might help) you can be at serious risk if transactions involving your business are later found to have involved criminal funds.

What is money laundering?
Money laundering is not confined to criminals; it involves legitimate businesses, including so-called 'gatekeeper' professionals such as lawyers, accountants and real estate agents who facilitate financial transactions.

Money laundering is a three stage process by which criminal proceeds are changed or obscured to appear from legitimate sources:

After integration, the seemingly legitimate businesses may continue their commercial activities; and it becomes even more difficult for genuine businesses to identify the true source of customers' and clients' funds.